Founded in 2020, Melurna is an organization built around the need for greater security in data and the increasing importance of infrastructure hardening and threat mitigation in today's interconnected world.

Melurna offers Data Collection Defense and Cybersecurity services to companies and organizations around the world. Founded by cybersecurity researcher and data security expert, Sam Jadali, in 2020, Melurna has been formed to help combat the global impact of the 1.5 trillion dollar cybercrime industry.

For businesses everywhere, the costs of a single cyber attack can be in the millions of dollars, impacting not just a business, but their customers, their employees and in some cases having the unintended consequences of a societal impact. It can be crippling for an organization and leads to unnecessary burden for any individuals caught in the midst of a data breach.

In 2016, 57 million Uber users had their personal information exposed from a single data breach.

In 2017, 412 million accounts by FriendFinder Networks Inc. were exposed by hackers in a data breach.

In 2017, 147.9 million users had their data stolen during the Equifax data breach, costing the company an estimated 4 billion dollars to date.

Cybersecurity threats and data breaches are becoming all too common in today’s digital and interconnected world. The cost to businesses and individuals is increasing and the risk to society is profound. Melurna seeks to help organizations mitigate corporate risk and help bolster defenses against cyber threats and data security risks.

Sam Jadali is a long time network administrator and cybersecurity researcher. He has worked with people from around the world to provide hosting solutions and in some cases cybersecurity consultation. In 2019, Sam discovered a global, catastrophic data leak (DataSpii) caused by invasive browser extensions that were harvesting the browser activity data of over 4 million people worldwide. After the responsible disclosure of the DataSpii vulnerability to known affected businesses and organizations, Sam continued his work in data security, network integrity and cyber threat mitigation. 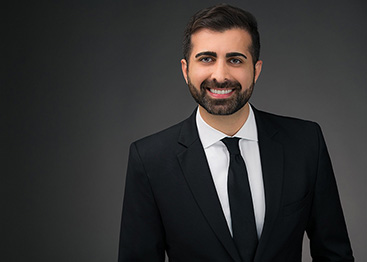 As a cybersecurity expert and researcher, Sam Jadali’s dedication and passion in the security space has been alive and well before the cloud. He has spent the last 20+ years in the hosting industry, and he founded Host Duplex 9 years ago. His passion for security started in 2003 after his server was breached by a hacker who later helped patch his server.

Sam’s research has been featured on the front page of the The Washington Post and Ars Technica. His work has also been featured in Forbes, TechCrunch, WIRED, Consumer Reports, PC Magazine, and dozens of other media outlets. He advocates for data privacy rights by serving as a congressional consultant and advises the Federal Trade Commission on data privacy policy. He provides expert opinions on data privacy issues including recently being featured on Al Jazeera.

Sam’s clients include some of the most visited sites on the internet including MacRumors.com. He quickly realized that client education is vital not only for his success but for their success. With his in-depth knowledge of security and compliance regulations, he continually educates his clients on how to be preemptive with security.

What most don’t know about Sam is that he has no formal education in the computer sciences. He took his only computer science-related college course (DOS) at the age of 11, and started his first hosting company at the age of 13. His previous hosting company, Livin4.com, was acquired during his senior year at the University of Iowa. Much of his knowledge of data privacy and security related matters has been through his work at Host Duplex.

Sam regularly speaks about data privacy and security related matters at conferences and workshops around Canada and the United States. He is a frequent speaker at WordCamps around the country. You can always find him at the annual cybersecurity conferences in Las Vegas.

Sam is the Founder & CEO of Melurna and Host Duplex.

Get in touch with Melurna’s dedicated team today and learn more about our data and cybersecurity services today.

Talk to Our Experts